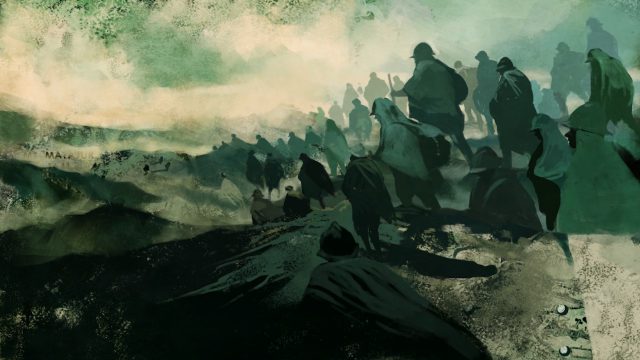 “Caporetto • Kobarid 1917-2017”, an animated educational video produced by SMO and ISK for the SMO museum in San Pietro al Natisone, Italy, on the occasion of the 100 years anniversary of the battle of Caporetto/Kobarid. The 20-minutes long painted film covers the battle of Caporetto, the largest disaster for the Italian army in World War 1, and the historical reasons that defined the north-eastern border of Italy in such a culturally mixed region.
The video is hosted in a specifically designed projection booth inside the museum: http://www.smo-center.eu/