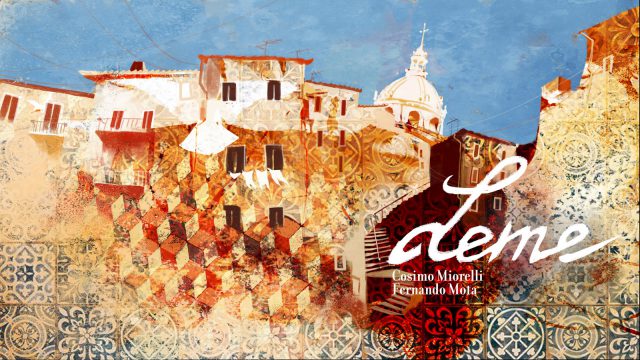 “Leme” (timone – rudder) is the title of a live-storytelling performance I prepared for MONSTRA Lisbon Animated Festival 2017 with Portuguese composer and musician Fernando Mota. We performed a small excerpt of Leme for the opening ceremony of MONSTRA2017 and then the full performance a couple of days later.

I met Fernando after landing in Lisbon and had a chance to rehearse and forge the performance together in his amazing studio space (a former film soundtrack/foley recording studio in the historical city centre of Lisbon…)for a few days before our premiere at Cinema Sao Jorge. MONSTRA asked us to prepare a tribute to Portugal and more precisely Lisboa, and teamed us up for what began as a remote collaboration.