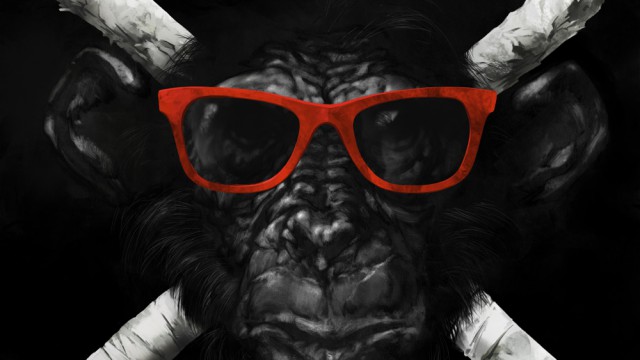 Les Tambours de Topolò, a street drumming group founded in 2001 during the international art festival Stazione di Topolò, has finally released its first EP in the summer of 2014.

Following the brutal, mindless, ape-like attitude of the group we decided to use a funkyMonkey as their iconic image.

LTdT gather around their deafening steel barrels whenever they get hired for a gig where either the money or the beer offered are enough for their whole devastating bunch. They have performed live -with various formations and through the most diverse collaborations- on countless occasions all over Mittel Europa (ITA, SLO, HR, AT) and even landed in the UK once…