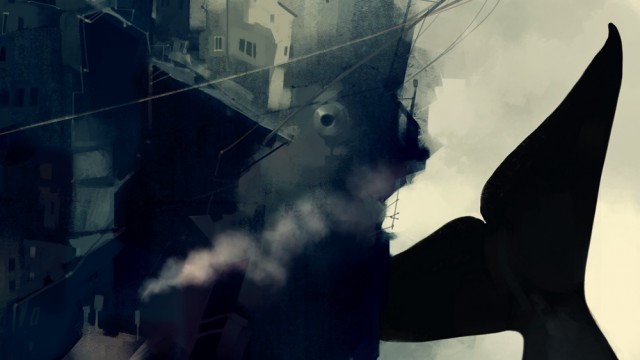 Some recent illustration work, influenced by my relocation in Berlin. The theme of a conflict between urban and wild, between artificial, human and animal arises, taking the dreamy forms of giant whales, wild beasts, hunted down by a tenacious yet powerless hunter. He hunts for fame, self-establishment and glory. But his prey is too big and too fast, as the city is too large and filled with dreams for the hunter to carve his glorious nest. The hunter is probably chasing the wrong prey, having the wrong dream.